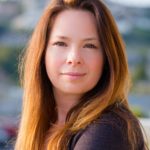 Clove Galilee (Producing Artistic Director, Emerita) is co-artistic director of her theater company, Trick Saddle and an artistic associate with Mabou Mines.  Her work has been presented in New York at P.S. 122, the Public Theater, The Performing Garage, Arts at Saint Ann’s, the Flea, P.S. 1 Center for Contemporary Art / MOMA, the Skirball Center, HERE Center for the Arts, and St. Ann’s Warehouse.  She has been an artist-in-residence at U.C. Santa Cruz, BARD College, Voice and Vision, Mabou Mines/Suite RAP, and HERE Art Center.  Clove is a TCG New Generations Fellow, a Princess Grace Foundation-USA Fellowship recipient, a Princess Grace Special Projects award recipient, and a Jerome Grant recipient.  Presently, Clove is part of the ATLAS program with Theater Bay Area in San Francisco and played the title role in Silent Sky by Lauren Gunderson this past spring.  In January of 2016 Clove directed “Imagining the Imaginary Invalid” in New York at La Mama ETC.

Evan Johnson (Technical Consultant, Emeritus JAT Director) is a Bay Area based actor, playwright and teaching artist. He is the co-founding director of The Junior Acting Troupe (along with Clove Galilee) at Harvey Milk’s Center for the Arts and a teaching artist at Creative Arts Charter School, Marin Preparatory School and New Conservatory Theatre Center (NCTC). He’s also been employed for 5 years in NCTC’s YouthAware Program (Dos Rappers Two!) playing Rhymin’ Ralph (a rapper who can’t rhyme) educating young people about HIV/AIDS. As a professional theatre maker, Evan has devised two full length solo works locally, Pansy NCTC and Don’t Feel: The Death of Dahmer for Mama Calizo’s Voice Factory. Evan has also collaborated with Bay Area choreographers Hope Mohr (Ride the Rhythm), Jesse Hewitt (FREEDOM) and Liz Tenuto (The Two Legits) in original dance performances and has acted with Inferno Theatre Company (The Iliad), Velvet Rage Productions (Roseanne LIVE!) and Naked Empire Bouffon Company (SHAME!). In 2011, Evan was nominated for a Bay Area Theatre Critics Circle Award (Best Actor in a Drama) for Treefall at NCTC. His play Don’t Feel: The Death of Dahmer was featured in the SF Bay Guardian’s year end review as one of the best small theatre productions of 2010. Pansy has been performed in San Francisco (NCTC, SAFEHouse for the Arts) and Blue Lake, CA (Dell’Arte International School of Physical Theatre) as well as Portland, OR (Post5 Theatre) and New York City (The United Solo Festival at Theatre Row). 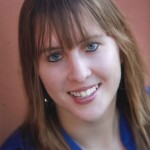 Suzanne Halka (JAT Director and Costume Designer) is a San Francisco based writer, choreographer, actor, dancer, director, and teaching artist. Suzanne teaches for the Jewish Community Center of San Francisco, New Conservatory Theatre Center, The San Francisco Shakespeare Festival, and the San Francisco Recreation and Parks. She joined the JAT team as a director in 2013. Before coming to San Francisco, Suzanne directed the Follystick Theatre program for the Lynchburg, VA Parks and Recreation Department, and was a co-founder of their DIY Theatre program, which taught tweens to write and perform their own plays.  While in Virginia, Suzanne also taught dance for The Academy of Fine Arts, and was a member of the Lynchburg Regional Ballet Theatre, with which she performed in eight Nutcrackers and numerous spring ballets.  Suzanne’s favorite theatre roll to date was as The Nurse in Romeo and Juliet: CSI, a deconstructionist version of the well-known play, and her favorite dance roll was as Autumn in Cinderella.  Most recently, Suzanne appeared in Hang Onto Your Hats as a Mouse.  Directing credits outside of JAT include: Backstage, Color Me Something, Sam and Licorice, The Silent Voice, Macbeth, Twelfth Night, The Taming of the Shrew, and Richard III. Suzanne feels privileged to have interned with The American Shakespeare Center and to have studied theatre while abroad in London. Future goals include: mounting her choreography piece, “Across the Stars”; getting written work published; writing actress-focused plays; developing a sketch comedy group to bring to The Edinburgh Fringe Festival; and playing Hamlet. 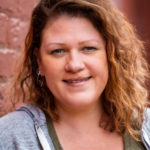 Bernadette Flynn (Set Designer & Technical Director) has a BA in Dance and a BA in Liberal Arts from San Francisco State University and is currently in the M.F.A. Theatre Arts program for Scenic Design at SFSU and will graduate in Spring 2016. Bernadette has been teaching for the SFRPD SINCE 2006; she teaches classes that range from toddlers, Roly Poly’s, to kids knitting and crocheting classes, and runs the after-care program for Pacific Art camp, teaching  scene design and scenic painting. She also teaches Irish Step dancing at Sunset Movement Arts Dance studio in San Francisco. Bernadette is excited to be working on the   production, Imagining the Imaginary Invalid, as the assistant set designer, with Mabou Mines experimental theatre company in NY, premiering in January 2016.

John Madden has been working in the theatre for 30 years.  His work includes film, video, multi-media installation, and theater.  He has designed lights for everything from plays to rock concerts.  John has been the technical director for Junior Acting Troupe for the past three productions.  For The Tempest he designed and built a collapsible, movable light grid that can be used at any Recreation Center Junior Acting Troupe finds itself in.